Jesse Tree: the Story of God's Call in the Night 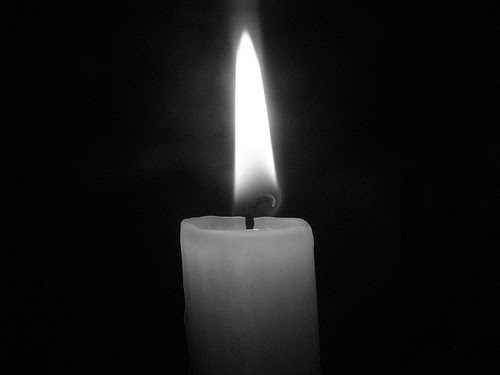 Samuel was a young boy who served God in the temple under the direction of Eli, an aging priest.  One night Samuel heard a voice call him by name in the darkness, "Samuel!  Samuel!" and he said, "Here I am!" and rushed to see what Eli wanted.  But Eli had not called him.  This happened three times.  "Then Eli perceived that the Lord was calling the boy," so he told him next time to answer, "Speak, Lord, for your servant is listening."  And the next time Samuel heard his name called in the night, he answered to God, and was given a vision of the future.

Potential ornaments for the Jesse Tree: an oil lamp, a candle
Posted by Mary Lee Wile at 3:58 PM